Time Flies Even If You’re Not Having Fun

They say time flies when you’re having fun, but I think 2020 is proving that time just flies.  It certainly hasn’t been fun, but at least it seems to be going by quickly.  It has been almost two months since my last post, but it seems like it went by in a blur.

I’m still working from home.  I did get to go into the office for two days during the past week, which I was absolutely thrilled about.  Beyond that, we’re still being told to work from home until we’re told otherwise.

We’ve been enjoying the cooler weather.  We’ve had the windows open for over a week now, and we’ve been eating outside fairly often.  I clipped some of the roses that are blooming and put them in a vase on the table outside.  I love having cut flowers around, but we can’t have them inside because the cats will destroy them.  It’s nice to be able to have them on the outside table. 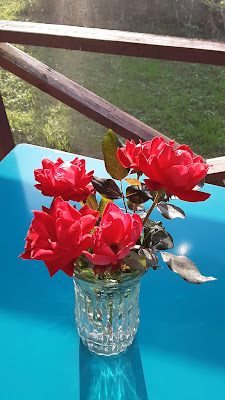 I’ve switched to fall themed cards and stickers for my chemo and senior buddies.  I think the plaid pumpkins are very cute. 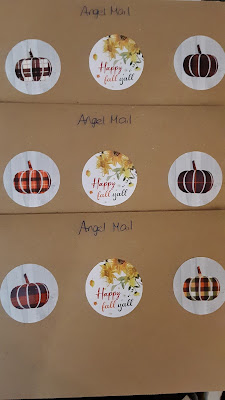 So what about you?  What have you been up to during the past two months?  Does it feel like fall where you are?