Flowers or leaves with water droplets are some of my favorite things to take pictures of.  I think they’re beautiful. 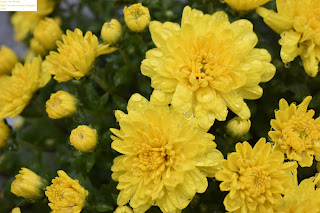 I love going out with the camera right after it rains to get pictures of flowers and leaves with water droplets on them. 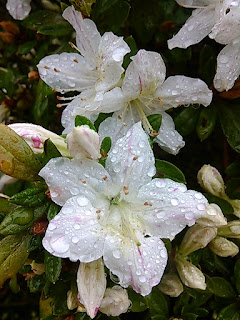 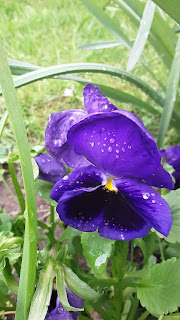 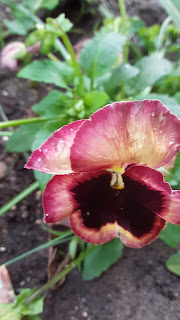 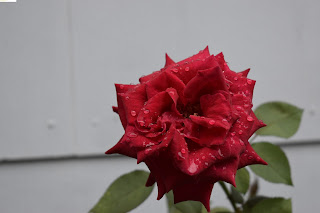 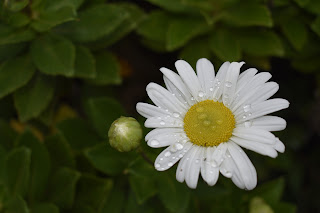 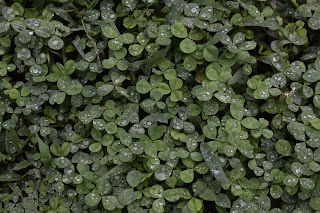 As usual, when I don’t have pictures related to the post, I’m just sharing a random assortment of pictures I like. 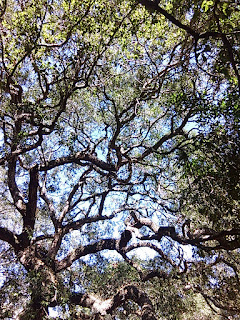 Unfortunately, it doesn’t usually get much further than that. 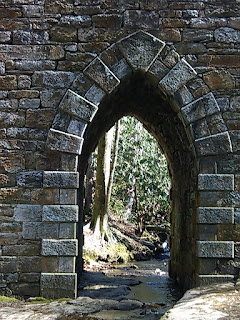 Oh, I buy them.  I typically have low iron levels and very low Vitamin D levels.  So, I do buy vitamins with every intention of taking them.  I might take them a day or two after I buy them.  I very often carry them around in my purse.  I almost never remember to take them. 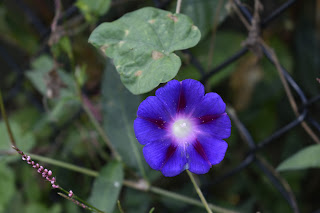 Do you take vitamins?  Have you found a good system for remembering to take vitamins?  Or, are you like me and really wish you got some kind of partial health benefit for buying vitamins?

Email ThisBlogThis!Share to TwitterShare to FacebookShare to Pinterest
Labels: A to Z Challenge, V, vitamins

Don’t worry, this post isn’t going to be overly negative.  I thought it might be interesting to see how my unpopular opinions compare to yours.

I’ll start with what’s probably the most controversial opinion first.

2.  I prefer Thanksgiving to Christmas.  This shouldn’t surprise anyone who has ever visited my blog in November, or spent more than about five minutes around me in November.  Don’t get me wrong, I do love Christmas, but I love Thanksgiving more.

3.  I firmly believe that towels should be rolled rather than folded.  It works better than folding when all of your towels aren’t the same size, it makes it easier to get a specific towel, and it doesn’t leave weird creases in your towels.  I could go on (and on, and on, and on), but I won’t.

4.  I greatly prefer Miracle Whip to mayonnaise.  I’m not sure if that’s a big deal everywhere, but in the south, it’s practically a form of treason.

5.  I can’t stand Seinfeld.  I do not understand its appeal.  That show is like nails on a chalkboard for me.

6.  I usually prefer the plain/original version of things.   I think plain Coke is a million times better than any of the other flavors.  I love vanilla ice cream!

7.  I hate two-door cars.  It’s such a pain to get pets or people in and out of the backseat.  It’s a pain to put anything in the backseat, and it’s a pain to vacuum back there.  To top it all off, they’re not even cheaper than a four-door car.  I just feel like if you’re paying for the whole car, you should get the whole car.

8.  I love Velveeta cheese.  I know everyone loves to hate it, but in my opinion, it’s the best thing for purely comforting, melty goodness.  It’s like a bowl full of perfectly melted, delicious happiness.

9.  I’m a page folder.  I don’t like bookmarks.  I’d much rather just fold down the corner.  I don’t do it to someone else’s book, but if it’s my own, or a library book and someone else has folded the pages, I absolutely fold the pages.

10.  I don’t like concerts.  I think I’d like them if there was a rule that no one could sing along or make noise, but it irritates me to spend a lot of money to hear an artist perform, only to hear fans destroying the music.  I’d rather just buy the music and listen to it at home whenever I want.

So what about you?  Do you agree with me on any of these?  What are your unpopular opinions?

As usual, when I don’t have many pictures to go with the post, I’m just sharing a random assortment of pictures I like. 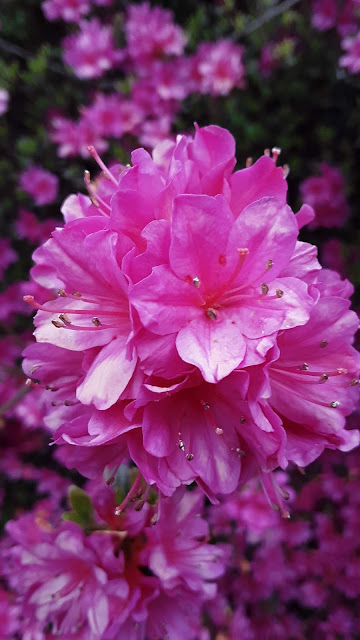 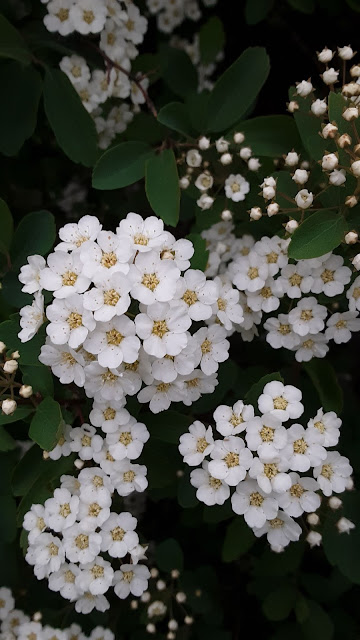 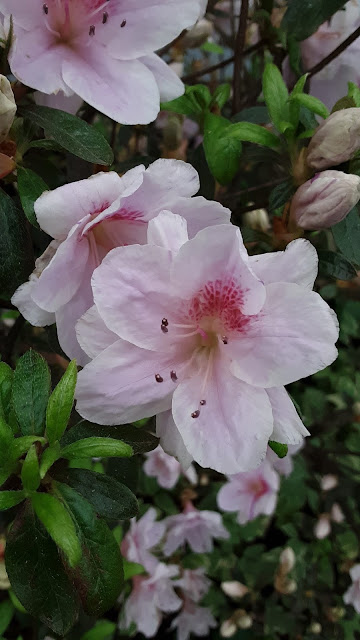 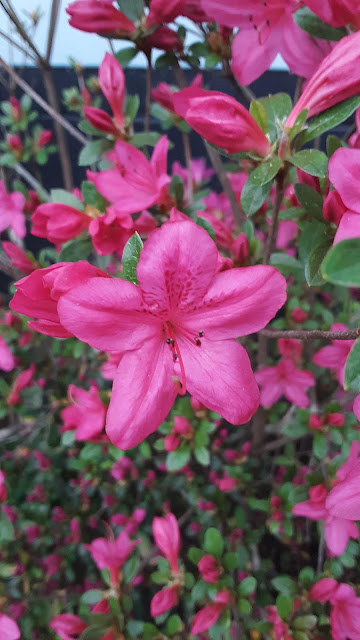 Email ThisBlogThis!Share to TwitterShare to FacebookShare to Pinterest
Labels: A to Z Challenge, U, unpopular opinions

This post could probably just as easily be labeled “An Excuse to Share More Pictures of Howard.”  But, for purposes of the A to Z Challenge, “Terbutaline” it is. 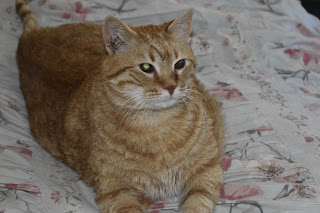 Terbutaline is the medication that Howard is on for his asthma.  Web Md describes it as “used to treat wheezing and shortness of breath from lung problems (such as asthma.” 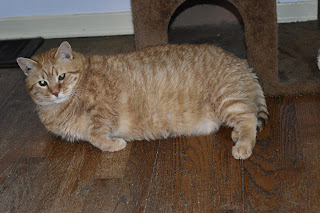 Yes, cats can develop asthma.  They cough and wheeze.  Not treating it can lead to a buildup of scar tissue in their lungs.

When Howard was first diagnosed with asthma, we tried putting him on an inhaler.  He’s such an easygoing cat that we all thought it would work.  Unfortunately, Howard wanted no part of the inhaler.  Even Howard has some limits as to what he’ll put up with. 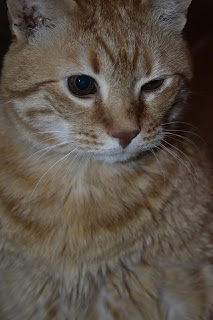 Fortunately, our vet was able to switch him to Terbutaline, which is a tablet.  Howard takes one-quarter of a tablet twice daily and is very excited to take them.  We put them in Pill Pockets, which Howard loves.  He comes into the kitchen and does his little meerkat pose waiting for his special treat whenever we get the medication and Pill Pockets out. 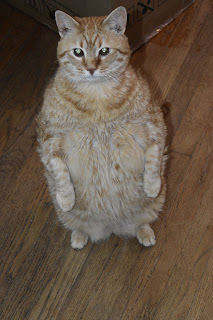 Our vet told us it’s cheaper to get the Terbutaline filled at a regular pharmacy, so that’s what we’ve been doing.  The price has fluctuated quite a bit lately, so we’ve been using different pharmacies to get the best prices.  Some of them have some interesting labeling.  Some of my favorites are:

Do any of your pets have prescriptions filled at a regular pharmacy?

I love snapdragons, thanks to GrandMommy, who taught me how to garden.  She loved snapdragons and encouraged me to plant them.  I don’t think I even knew what they were before that. 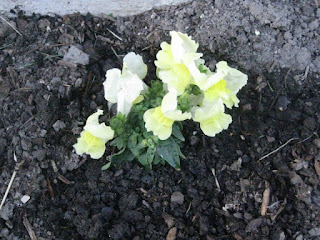 Hers almost always came back the next year.  Mine sometimes do.

This one is from 2019.  And it’s still going strong.  It’s very full and looks like there are lots of little buds just waiting to come out. 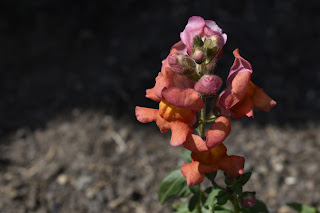 I don’t think any of the others are coming back, but here are some photos of snapdragons over the years. 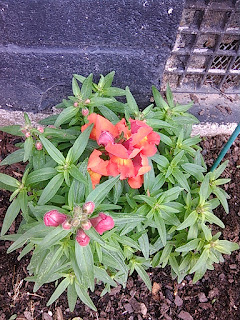 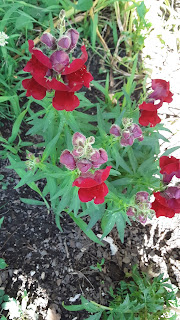 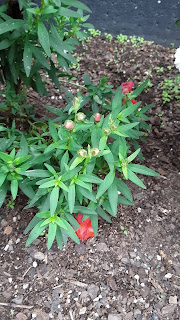 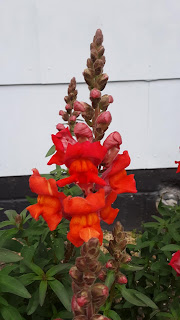 Do you like snapdragons?  If you grow them, do they usually come back for you?