Since it has been almost a year since I’ve posted much about Chemo Angels, I thought it might be time for an update.  As usual with this kind of post, the pictures aren’t related; I just think they’re good pictures.

If you’re not familiar with Chemo Angels and Senior Angels, you can read my long post about them here.  The very short version is that Chemo Angels matches patients who are undergoing chemo treatment (known as “buddies”) with volunteers (known as “angels”) who write them letters and/or send them small gifts on a weekly basis.  Senior Angels is a sister program but matches seniors (still known as “buddies”) with volunteers (still known as “angels”) who write to them on a weekly basis.  I’ve signed up as a card angel with both programs. 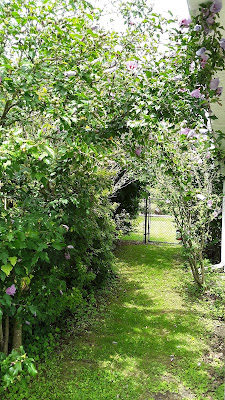 I still have the same chemo buddy that I had last time I posted about the program.  She’s the one who sent me such a sweet gift at the beginning of the year.  I’ve been writing to her for over a year now, and she has written to me a few times.  She seemed to be doing fairly well in her last check-in.  I love hearing that she’s doing well.

I still have the same senior buddy that I’ve had from the beginning.  November will be two years that I’ve been writing to her.  She has written to me a few times.  I always love hearing from my buddies, especially since they’re not required to write.  Her daughter does her check-ins and always mentions if there was something she especially enjoyed hearing about.  That makes it much easier to write to her!  I sent her a copy of The Guernsey Literary and Potato Peel Pie Society, and apparently, she loved it.  Knowing that, I think we must have very similar taste in books, which has given me lots more ideas for different books to send to her.

On a side note, if you haven’t read The Guernsey Literary and Potato Peel Pie Society, do yourself a favor and read it A.S.A.P.  It’s such a great book!  It’s one of my all-time favorites, and I’ve lost count of how many times I’ve read it.

I’m still writing to my teenage chemo buddy, but it’s no longer official.  We’ll call her Anna (not her real name) for the purpose of this update.  I received an email in April that Anna had completed her first year of treatment and that because the treatment is so long (two years or more) for Anna’s type of cancer, those patients are only allowed to stay in the program for one year.  The email came exactly one year after the email that I’d been matched to Anna.

Anna’s mom had shared the link to her Facebook page about her treatment and progress in one of her check-ins and invited her angels to join the group, which I did.  Anna seems to have a lot of ups and downs.  There are times when her treatment is going well, and she’s able to keep up with a lot of normal activities.  Other times, she’s sick, losing weight, hospitalized, and in need of blood transfusions.

hospital and needed a blood transfusion.  That seemed like a horrible time to send a last card saying, “well, your year is up, good luck.”  So I kept sending cards as usual.  I also sent one to Anna’s mom, asking if it was alright if I kept writing to her for the rest of her time in treatment.  Anna is 15, so it seemed like a good idea to get a parent’s permission to keep writing to her beyond the official limit of Chemo Angels.  I gave her my email address and told her how to find me on Facebook so she could tell me yes or no.

Anna’s mom sent me a really sweet Facebook message.  She made me cry!  She said they’d love it if I kept writing to Anna and that she had saved all of my cards and pictures.

I don’t want it to sound like I’m bashing Chemo Angels in any way.  Overall, I think it’s a great program, and I understand that everything has to have rules and limits.  I just think sometimes you need to look at a situation on its own, not through a filter of “these are the rules.”  There are plenty of things where hard and fast rules are the only good option, but this didn’t seem like one of them.

I’ve also signed up to be on the substitute list.  One of the most important requirements for volunteering with Chemo Angels or Senior Angels is that you must send something weekly.  The idea is that one positive thing needs to be reliable.  But, they do recognize that volunteers have lives outside of volunteering and that you may need a little break.  So they have a substitute list.  I haven’t used it, but my understanding is that you ask for a substitute for your buddy for a certain amount of time; vacation, you get sick, move, etc.  Someone else writes to them during that time, and then you start back.

When you join the list to be a substitute, you’re added to an email group, and they send emails to the group with the basic information about the person they need a substitute for, as well as how long the assignment is expected to last.  If you don’t think you’d be a good fit, can’t take on another buddy, etc., you don’t have to respond.  If you’re interested in being their substitute, you respond, and they let you get an email with all of their information if you’re matched as their substitute.

I signed up as a substitute card angel for a lady who loves cats and enjoys baking.  It seemed like we had plenty in common, so she’d be easy to write to.  I was supposed to be her substitute for about six weeks, but her regular card angel wasn’t able to start back.  The program sent me an email giving me the option to become her regular card angel or end the substitute assignment and have her assigned to someone else as her regular card angel.  I opted to become her regular.  It seemed like a lot of passing around if someone else became at least her third card angel, and we have enough in common that I don’t think I’ll run out of things to write about.  In her last check-in, she mentioned enjoying my cat pictures.  We all know I have no shortage of cat pictures to share!

I still love volunteering with Chemo Angels and Senior Angels.  September will be two years that I’ve been volunteering with them, and I don’t see myself stopping any time soon.  Sometimes I think I get more enjoyment from it than my buddies do, especially during the pandemic when it forced me to focus on something positive every week.

It’s definitely a little easier to write to them now that things are getting back to normal and we’re getting out a little more.  We visited a National Park earlier this month, and I was able to get postcards to send to them.  And I really enjoy taking pictures I think they’ll like.

If you’re curious about Chemo Angels or Senior Angels, you can check out their website here, and there are links to posts about other blogger’s experiences in my long post. 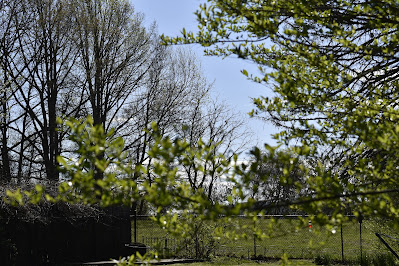 So, have you sent or received any fun or interesting mail lately?
Posted by Danielle L Zecher at 9:13 PM